Trump and the crave for change (Update) 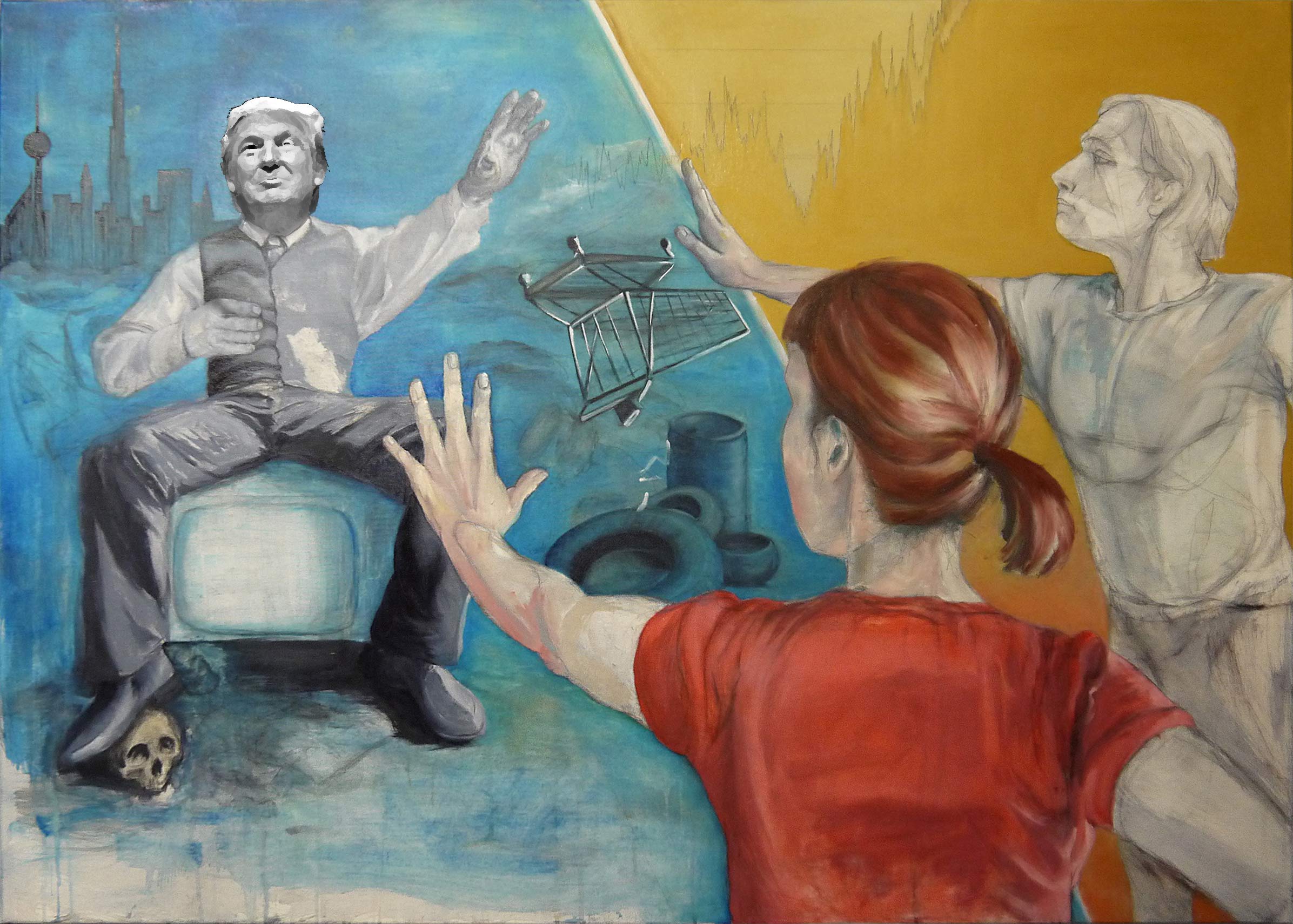 This is an article I wrote in despair after Donald Trump became POTUS. Now, in March 2020 I updated it in view of current developments.

When Trump started his first (and hopefully last) term, lots of US citizens tried to emigrate to Canada. And many more feared that human rights and liberty would turn to ashes. And then it turned out we face a loopy egomaniac with no vision whatsoever besides paltry pathetic deals.

Did we miss the time to panic?

Although many voters may have wanted a break from nepotism, bribery, and veiling, Trump’s victory only gave them more of the same, but aggressively more of it and exponentially more extreme.

It was more than unfortunate that Donald Trump – in the felt absence of other perspectives – represented change, any change at all.
These elections demonstrated that a lot of people couldn’t stand it anymore and craved a radical shift – of attitude, in being heard and in the perception of their wishes and their circumstances. But previous experiences already showed that the existing setting didn’t allow for too much of a change for the better.

People seemed so desperate then that they couldn’t be bothered with the next logical step (although locic didn’t seem to have much impact anyhow): it felt like ‘now or never’ for change – any change all!

But the times they are a-changing

Many people didn’t trust in the so-called establishment of which Clinton was then part of. There was a lot of hope in Sanders as a symbol of a more altruistic, maybe even socialist approach. But – and this is the tipping-point – our social systems themselves seemed to be in doubt.

And as yet we have no consensus on which changes really do make sense in order to create a society we want to live in. Especially since we need to think globally in a globalized world…

Vut: there is no other way than to think and act globally and locally at the same time. And even if we don’t want to act globally, the virus already does.

Challenges of the 21st century

The most important changes are in our thoughts

We are the many, those who hold the power are few. As soon as we don’t accept to be divided (in order to be ruled), there is no power on earth that can stop us!

As we obviously cannot rely on politicians to make the world right, we have to do it by ourselves. This makes sense, because we’re all together on this spaceship called earth. So what can we do?

The guilt concept – that is to blame someone or something for the shit that sometimes just happens – must go away. We won’t be able to build a fair society if we still blame someone else for our own inadequacy. There is not even a problem with inadequacy, because we’re human!

This is the first step of empowerment which allows us to take responsibility for our lives and the world we live in.

Whatever the next president of the United States (or any other power in this world) will do: we are not doomed to inactivity!

Today, with all the social platforms, instant messaging and worldwide live news we’re more empowered to connect than ever. Let’s take this chance and use it to the good of our planet and it’s inhabitants.