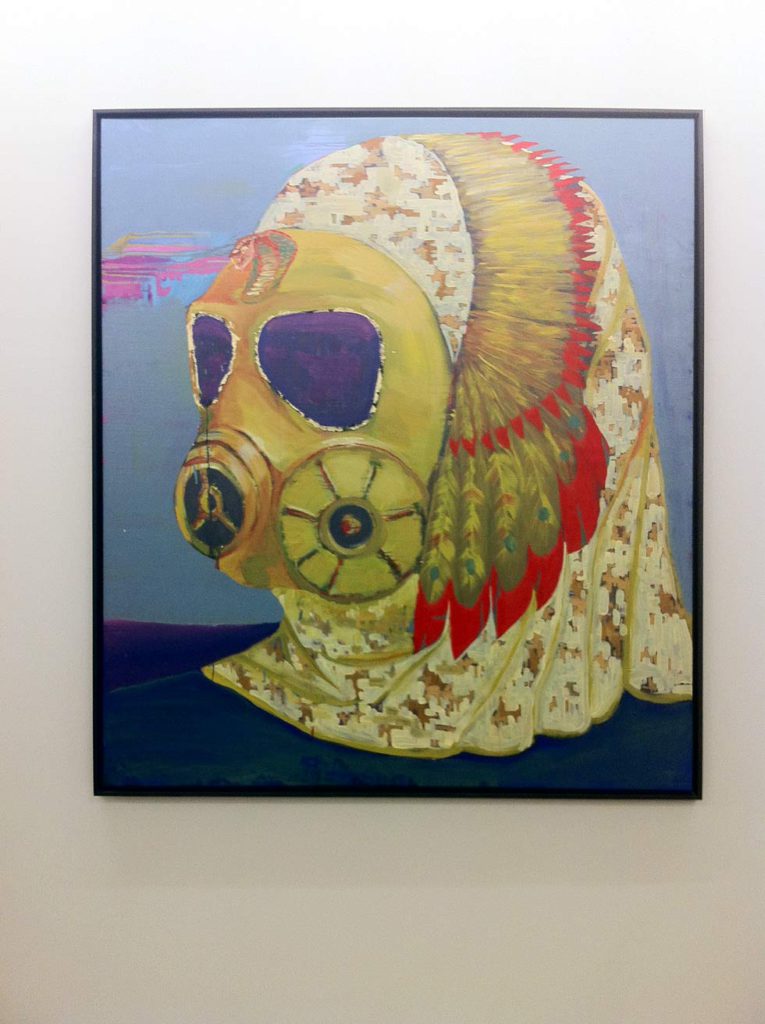 Kalashnikovv Gallery and art-curator-community YAIR present the exhibition UNTITLED BERLIN with artists from Berlin and Johannesburg and from other places. Lovely and refreshing!

Finally an exhibition that wants and has something to say: young international artists from Berlin and Johannesburg show their works about the current world situation and perception. And they spread a sense of change and hope and open-mindedness.

And thus the Kalashnikovv Gallery was born in 2013 in Johannesburg. It transforms the elitist customs of the art world and provides an affectionate mixture of an independent project space and a professional gallery – from artists for artists. And it is not about commercial saleability or the academic evaluation of art – although the exhibited works don’t even need to hide in those contexts either! No, it is about progressive, self-determined alternatives.

The current exhibition UNTITLED BERLIN once again shows how refreshing, artistic and professional such alternative approaches can be.

The following photographic impressions depict only a small part of the exhibited artworks. Please go and see for yourself! And/or see online: 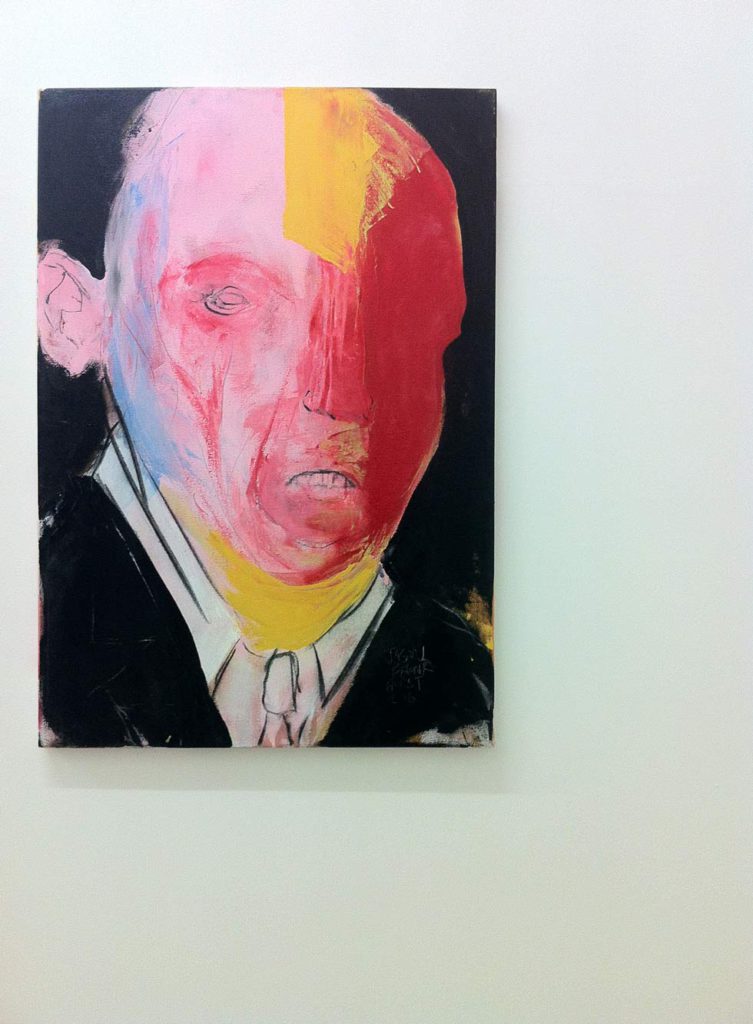 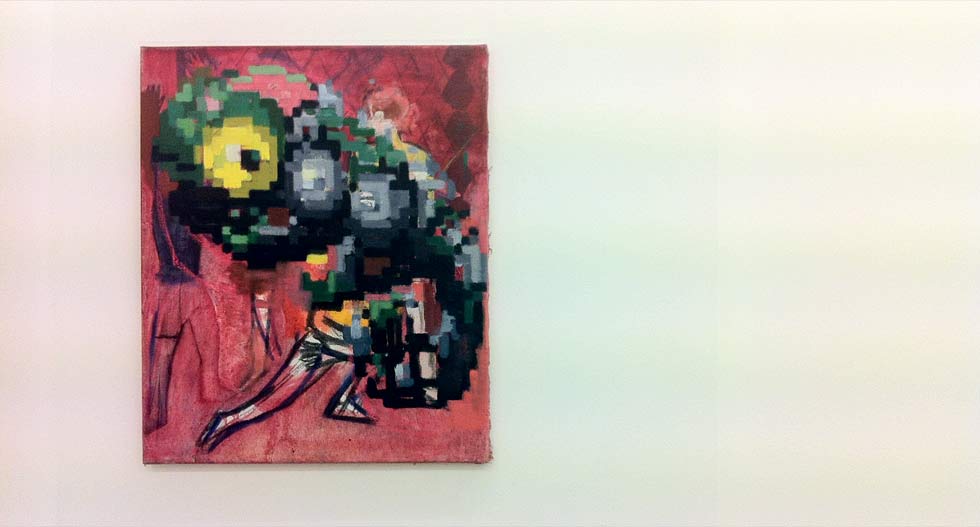 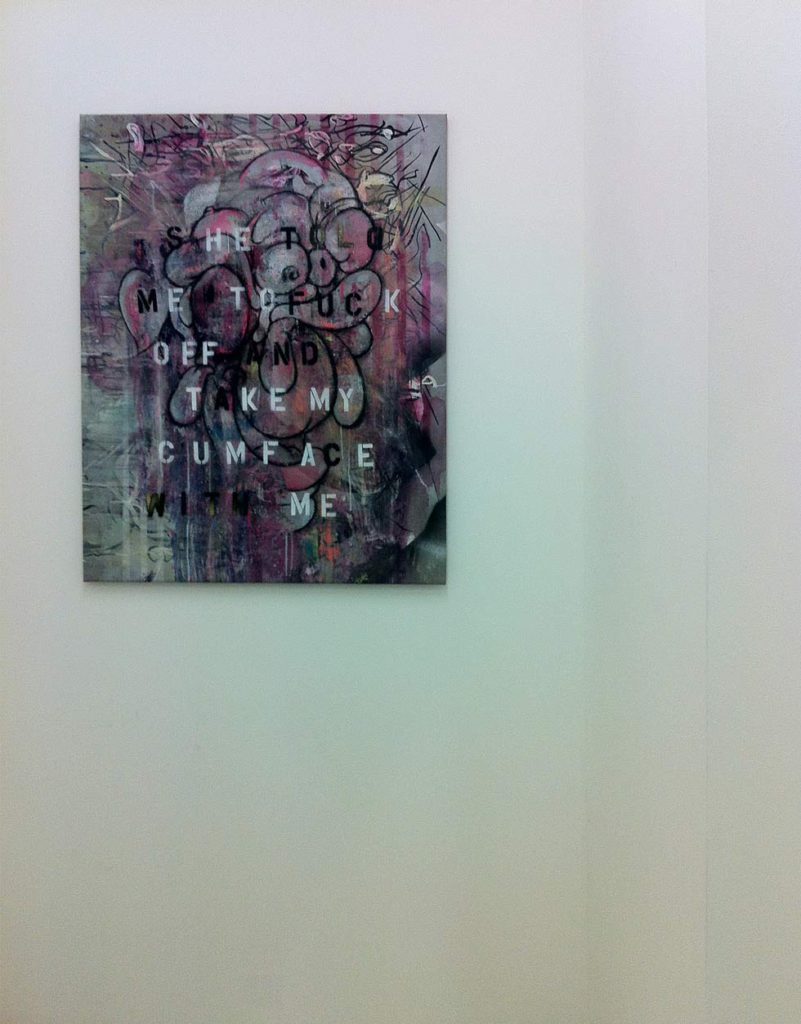 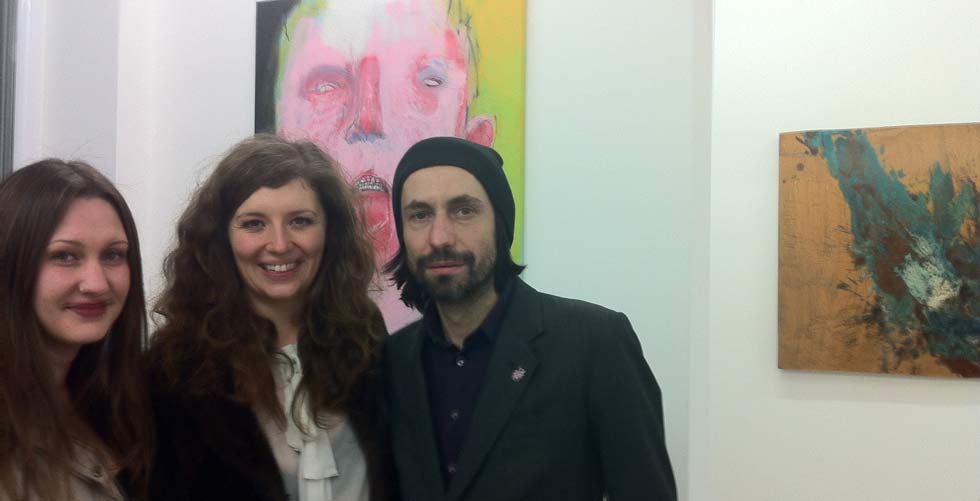 “The first group exhibition, Untitled Berlin curated by the online art platform YAIR, shows an organic mixture of new, promising and established artists. Among other things the exhibition shows the versatility of Berlin artists – from Cecilia Kindermann’s metamorphosis to the notorious Partynächte in Bar 25, recorded in grandiose snapshots by Carolin Saage, up to a kind of retro animation by Justus Jager.

Politics does not go remain outside: the artist Paul Gleason in his work considers the religious debate. Another aspect of the group show Untitled Berlin is devoted to the continent of Africa. Like the street art artist Alaniz dedicates his art to a South African band, Noah Becker in his own way concerns himself with the African continent.

The fact that Germany and South Africa are not only in the same time zone, but also that the cities of Berlin and Johannesburg are experiencing similar cultural developments and are regarded as a place-to-be for a young, hip generation South African artists, makes the group exhibition Untitled Berlin just the more interesting:

Three works of art by South African artists are seamlessly linked to Berlin’s works of art, but also bring the Melting-Pot-Feeling.

Here too, the artist Beauchamp focuses on political grievances in South Africa. As organically as the curators make their debut and combine the art works, it also happens in many other areas in the world. From old to new, Untitled Berlin has its own taste, because established meets new, oil color on oxidation, conservative on progressive, offline on online.”